Fournier, one of the leading Alava companies, and Saski Baskonia sign an agreement until June 2020.  Naipes Heraclio Fournier has reached an agreement with the sports entity to have presence in the shorts in both the Liga Endesa, with the AS of Oros, and in the Turkish Airlines Euroleague, with the Ace of Spades.

The agreement will be premiered in the Liga Endesa match that will face KIROLBET BASKONIA and Barsa Lassa tomorrow, where the Baskonians will wear for the first time in the front of the shorts the image of our new sponsor. 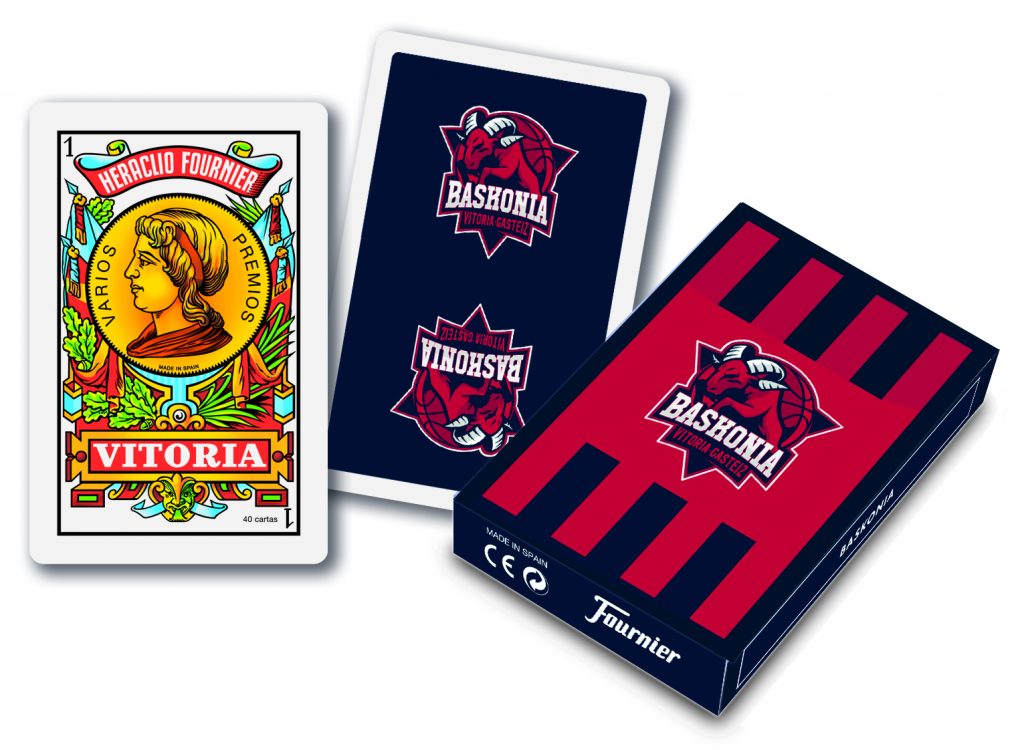 The well known Baskonia character that has made the club famous coindise fully with the values ​​of our company. On the other hand, its international projection and the fact of taking the name of the city of Vitoria throughout the European continent makes us share the success of things well done.

Fournier returns to the Baskonia family with this agreement that involves recovering a relationship that both had maintained on several occasions over time.