The game of Botifarra started off in Catalonia in 1940 and became so popular that it is currently the most played variation of Manilla. 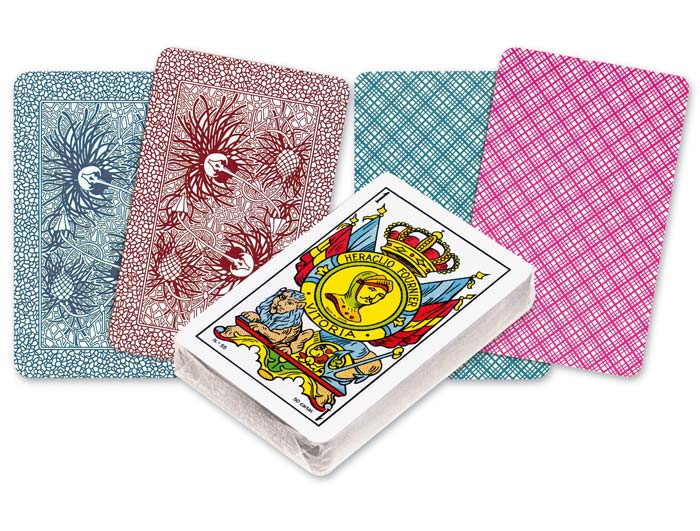 Win the point tricks needed to reach the sum of points established.

It is played with a 48 card Catalan deck.

It is played by four players who form two couples that play against each other.

Value of the cards:

Each completed suit is worth 15 points The remaining cards, called Blancas, have no point value.

If two or more cards of equal value are drawn, preference is determined by the suit, in the following order: coins, cups, swords and clubs.

The dealer shuffles the cards and the deck is cut by the player on
the dealer’s left, the dealer then deals out twelve cards to each player, four by four, from left to right.

This order of rotation is also the order of play and the order to be dealer.

The dealer is always the one who has first choice to select trumps, based on the cards they hold, but if not, they can offer this right to their partner, who has to select trumps or Botifarra, i.e., play without a trump suit. The player sitting on the dealer’s right, the “hand”, has the option of Contro, doubling the hand. If doubled, either member of the dealer’s team can Recontro (redouble), effectively quadrupling the points scored.

If the Botifarra option has been chosen, the score is doubled. So if the opponents decide to Contro, this quadruples the score and if the dealer’s team decides to Recontro, the score is multiplied by eight.

The player to the right of the dealer starts the game, playing one card. The other players play in the stated order of rotation, observing the following rules. 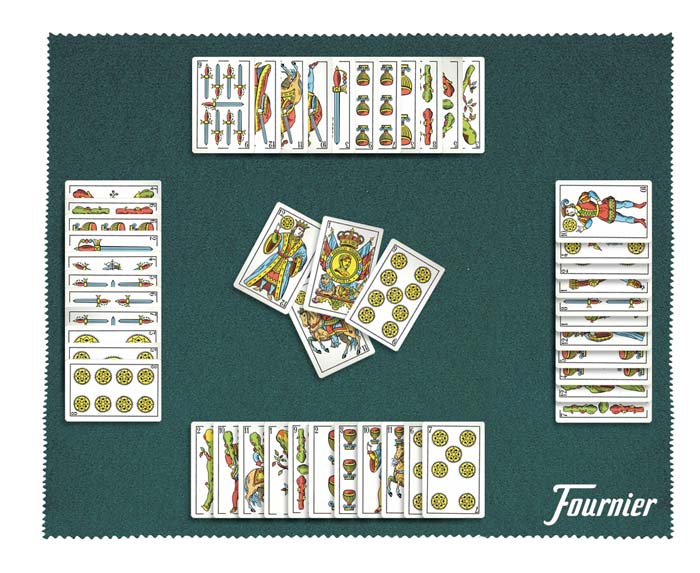 If the opponent is winning the trick, then the rules are:

It is possible to

When the partner is winning, the only obligation is to follow the suit, if possible. They player is not required to play a trump card and can choose to play any scoring or non-scoring card.

A game is played to 100 points, which can be achieved game by game.

A sheet of paper with a box for each pair of players is used to keep score.

Each pair gets one point per trick won plus the value of the cards that are in the trick. The possible game score is 72 (60 points for the value cards among all the suits plus 12 points for twelve tricks). For each hand, only the team which, due to the tricks won, has more than 36 points scores, and only the points above 36 are noted on the sheet. If both teams have 36 points, then no score is counted and a new hand is dealt. As mentioned before, playing the Botifarra option means that the score is doubled.