Continental is a game like Gin Rummy, Remigio or Canasta, where the aim is to combine cards. It has two characteristics that make it different: melds that have to be made after each deal are fixed and players are allowed to take other players’ discard out of turn, drawing an extra “penalty” card from the stock deck. 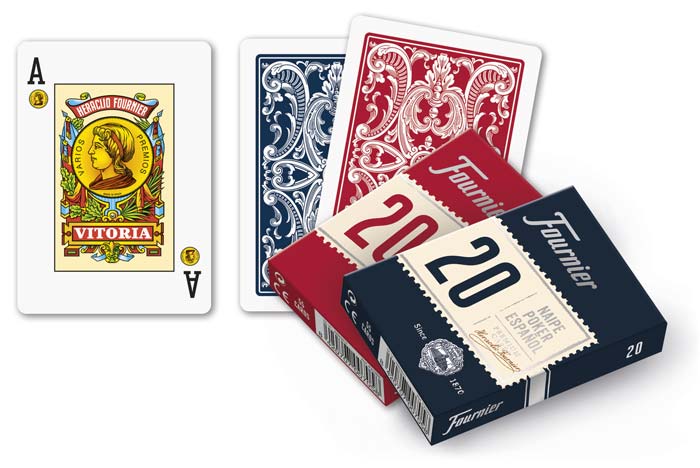 Meld the cards in the established combinations and show them, with the cards that the player holds in their hand, melded or not, scoring. The one with the least number of points at the end of the match wins.

Continental is played using several 52 card Spanish poker decks, although English poker decks with the same number of cards are also admitted. The two wild cards (Jokers) per deck are also needed. For four players, the game starts with two decks and finishes with three. From five to eight players, it is best to start with two decks, add one after the first two partial games and another after the next two.

From two to eight players, always played individually without forming pairs or teams.

The order of the cards, as usual, is from ace to king consecutively.

The value of the cards is as follows:

Players draw cards to see who will be the first to deal. The cards are shuffled and the cut, then each player is dealt six cards, one at a time, in an anticlockwise direction. The rest of the deck is then divided into two stacks, placed in the centre of the table. The stock deck usually contains more cards than the penalty deck. The top card of the stock deck is taken and placed face up to start the discard pile.

The advantages of a player showing their melded cards are:

On the other hand, placing the cards down has the disadvantage of making it easier for other players to finish.

When someone finishes, each player proceeds to note down the value of the cards they still hold. The cards are then gathered up and the turn to be dealer passes to the next player, who deals out the corresponding cards, and so on. When the last hand is played, the player with the fewest accumulated points wins the match.

HANDS OR COMBINATIONS THAT CAN BE MADE

Players can make the two following melds in each hand:

The wild card or Joker can be used to replace any other card in the deck. A trio can be made using two wild cards plus one natural one, but not by using three wild cards.

The maximum number of cards in a trio is determined by the number of decks in play (four cards per deck plus two wild cards). In a run, the maximum number is thirteen (all the cards of a suit), however, some of these can be substituted by wild cards. The run can start and finish with any card, with the ace being placed between the king and the deuce.

In Continental, the melds that players have to make are fixed and the order in which they have to be played is as follows:

If players wish to extend the game (usually if only three or four players participate), the number of cards dealt can be increased to sixteen, proceeding in following with the indicated scale. 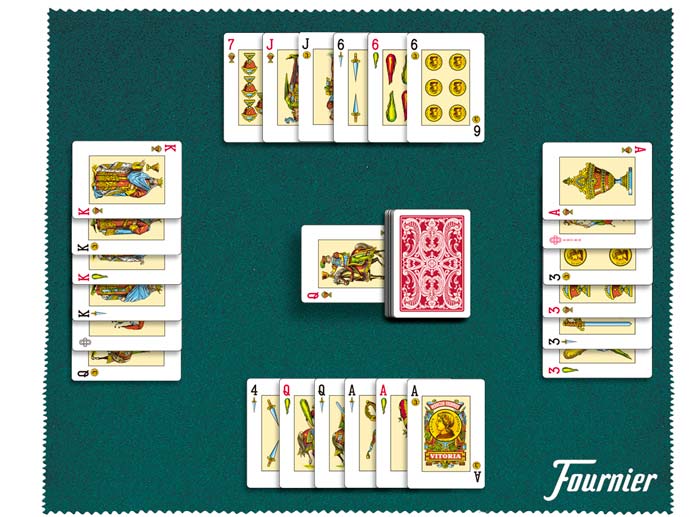 When a player matches all of their cards and ends the hand, the other players must note down the value of the cards they are still holding, even if they form part of a combination.