Gin Rummy is a game of Spanish origin, which has recently become one of the favourite games in the United States, due to its simple and varied combinations, which allow it to be played very quickly. 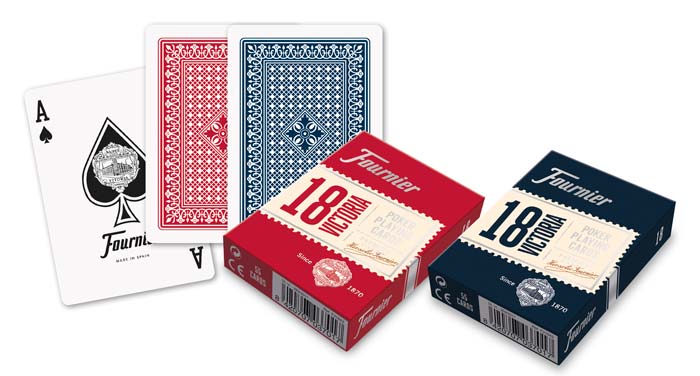 It consists of each player using their hand to form combinations of three or more cards, to get more than the 100 points required to win the game before their opponent does so, played over several hands.

It is played with a 52 card English deck, the wild cards (jokers) are not used. It is best to use two decks, so that while one player deals the cards, the opponent can shuffle the other deck.

Gin Rummy is an ideal game for two players, but it can also be played by three or four people.

The deck is spread out on the table and each player takes a card. The player who draws the highest card chooses where to sit and deals out ten card to each player, one by one, leaving the deck with the remaining cards in the centre of the table. The top card of the stock deck is placed face up next to it to start the discard pile. In the following games, the player who wins the previous game becomes the dealer.

The player who did not deal the cards starts the game, with the option to pick up the upturned card next to the stock deck, meaning that one of their cards must be discarded. If the said card is of no interest, the player passes without discarding. The opponent may, in turn, take that card and discard another, and if they are not interested, they pass without discarding. Then the first player can now take the top card off the stock deck, discarding another. The game continues, with each player in turn being able to take the top card off the stock deck or the discard pile, then discarding a card, but which may not be the same card that they just picked up from the discard pile.

The game consists of players grouping the 10 cards in their hand to make minimum combinations of three cards of the same rank or runs of the same suit. The ace can be combined with the deuce but not with the king (K). A player can fold when their hand contains only unmatched cards worth a total value of no more than 10 points, making a Knock. As soon as a player discards their last card, they show all of their cards, announcing the number of points that are left without combining. It is not compulsory to Knock, a player can prolong the game in order to improve their hand. The best hand is to make Gin, consisting of placing down the ten cards combined.

In either case, when a player folds, exposing all of their cards, the opponent does the same, having the opportunity to get rid of those cards that were left unmatched and being able to combine cards with those exposed by the player who Knocked or announced Gin. A partial game also ends when there are only two cards left in the deck, this game is declared null and the same player cards deals out a new hand.

If a player is found to be holding too many or too few cards in their hand, the said hand is cancelled.

If a player Knocks, having unmatched cards with a value greater than 10 points, and the error is discovered before they show their cards, the opponent may choose to force that player to leave their cards exposed while they take their turn, or, if it suits them, to declare the Knock valid. If the error is discovered after the opponent has shown their combined cards but has not placed down any cards during the turn of the one who Knocked, they may choose to force the Knock to play the game to the end with uncovered cards, or allow them to pick up their cards and continue as normal, but with the penalty (should they win the game) of not being able to score more than the simple difference in value of the unmatched cards. If the error is discovered later than in the previous cases, the Knock is considered valid. 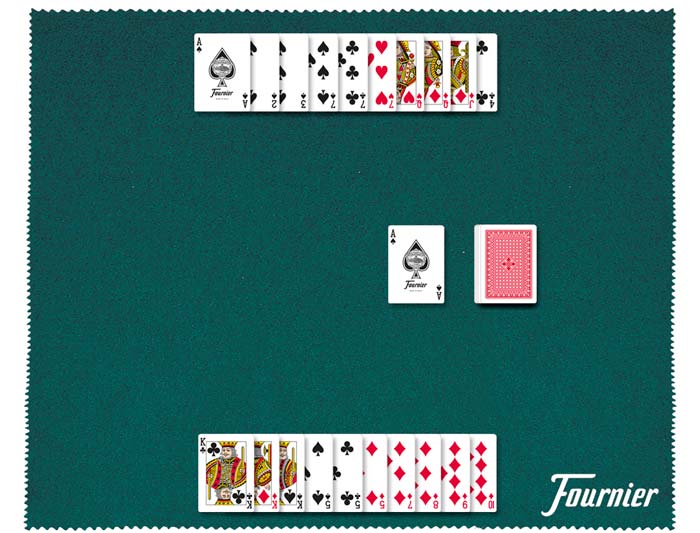