Pinochle is one of Spain’s most popular games. 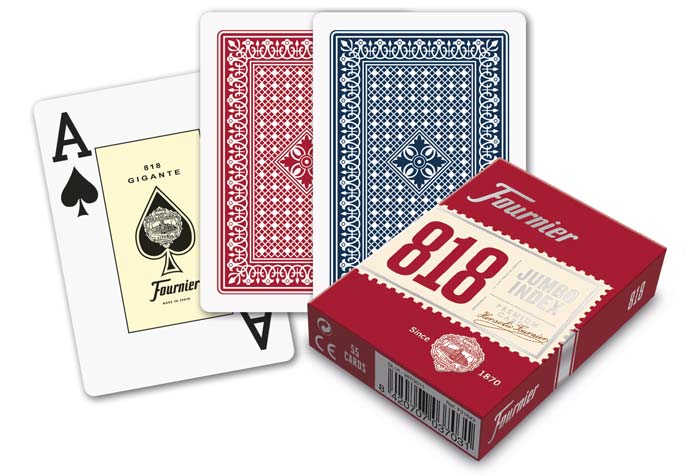 It consists of discarding the cards held by placing them face up on the table to meld combinations of at least three cards and reach the minimum 1,500 points required to win the game before your opponents during several partial games.

It is played using two 52 card English decks plus the two jokers in each deck, which are used to supplement or represent any other card that is missing in a combination. Added to which, the eight deuces are used the same as the jokers.

It can be played by two or more players, individually or in pairs, although the latter is more interesting and varied because players can share the cards they have in common and score for both players in one single hand. The rules for which are explained below.

The value is the same for any of the four suits.

Both decks are spread out on the table and each player takes a card. The two players with the highest cards play against the two players with the lowest cards. Whoever drew the highest card is the “hand”, with their partner sitting opposite them and the opposing player who drew their highest card sitting on their right.
The player preceding in turn to the “hand”, shuffles the cards and gives them to the “hand”’s partner to cut, who should ensure that the number of cards left after cutting are sufficient to give each player eleven cards plus one that will be placed face up on the table. This card has a bonus score of 50 points. The dealer deals out the cards one by one in an anti-clockwise direction. 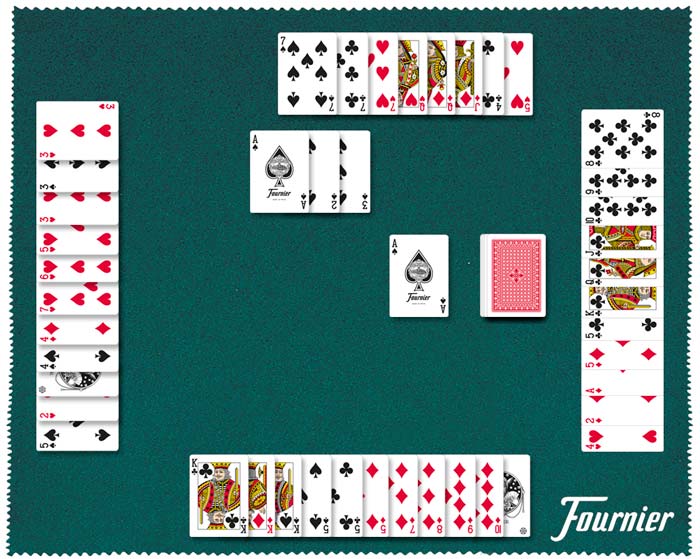 The “hand” starts by choosing to take either the top card off the deck or the upturned card on the table. If the player has melded a combination in their hand they can choose to show it, ending their turn by discarding a card, which is left face up on the table. The game continues, strictly from left to right, and each player in turn must take the top card off the deck or the discards that are left face up on the table, bearing in mind that they have to take all of the discards, even if they are only interested in one of them.
Next, the player shows their cards in minimum combinations of three cards, either in sets of equal cards or in straights, using as many wild cards as they please or adding cards to the their partner’s previous melds. Showing cards or combinations is not obligatory, it can be done in a later turn when more advantageous. The turn ends by having to discard a card. This discard is always done using a card being held, never with one already face up on the table.
The cards must be place face up on the table in front of only one of the team, since the game is common to both, and in such a way that all the card numbers are visible so that the melds, especially straights, are clearly visible.

Any player can end and win a hand in their turn when they get rid of all the cards in their hand, placing them face up on the table in one or more combinations or adding them to those already on show.

If the player still has one card left, they can also end the game by discarding it. Folding is finishing a partial game by showing all the cards in a hand at once. If this is done in the first turn of the game, it is called “Folding the hand”, i the hope that it makes it easier for their partner to play all of their cards.

When, after discarding, a player only has one card left in their hand, they must warn both their partner and the opposing players that they are about to finish by saying “Pumba” out loud. When a player says “Pumba” and there is only one discard left on the table, they cannot take it to finish the game, there must be at least two discards on the table; so in this case they will have to take a card from the stock deck. A partial game can also end because there are no cards left in the stock deck, although this very rarely happens. 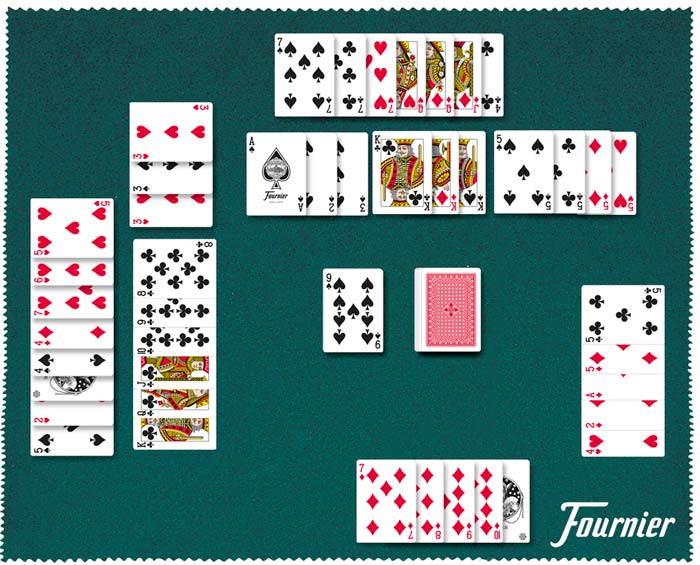 A player or couple is said to have Barbele when, at the end of a partial game, their score reaches or exceeds 750 points. Having Barbele makes it difficult for players who have reached the said score to meld their initial cards for each partial game, since they must have a meld with a minimum value of 70 points in order to be able to display cards for the first time.

If one of the partners has displayed cards on the table opening the game, their partner may, in turn, display their melds or add cards to the melds already shown, without having to comply with this opening requirement.

Once a score has been accepted and noted, it cannot be disputed. The scores obtained in each partial game are added up, and when at the end of a partial game a couple exceeds the score for the match, the difference with the score obtained by the opposing players is then determined, settling the score that has been previously agreed.

By way of bonuses, a player can score the following points:

* Without relying on cards played by their partner 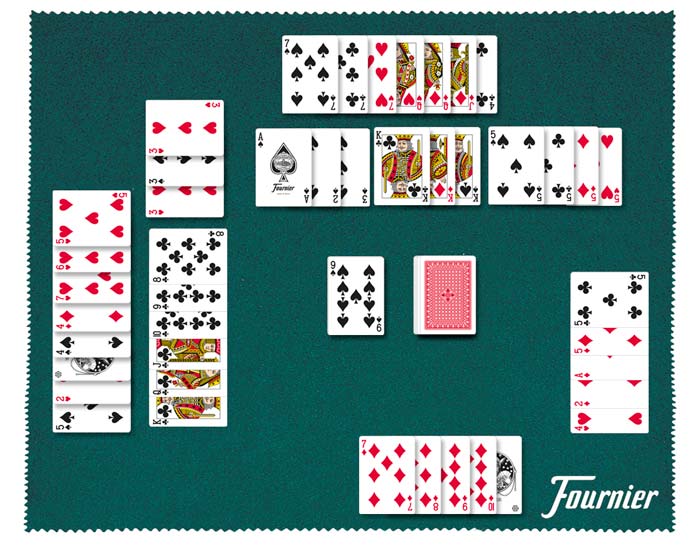