Poker Texas Hold’em is the most widely played variation of poker in the world. Although the game strategy is complicated, the rules are very simple.

Each player tries to get the best combination using the two cards in their hand and the five cards on the table.

It is played with a 52 card English deck. Usually two decks of different back colours are used, so that while one is in play, the other is left shuffled beside the player who deals next time.

It can be played by two to seven players.

All suits have the same value, with no preference, in any poker hand. 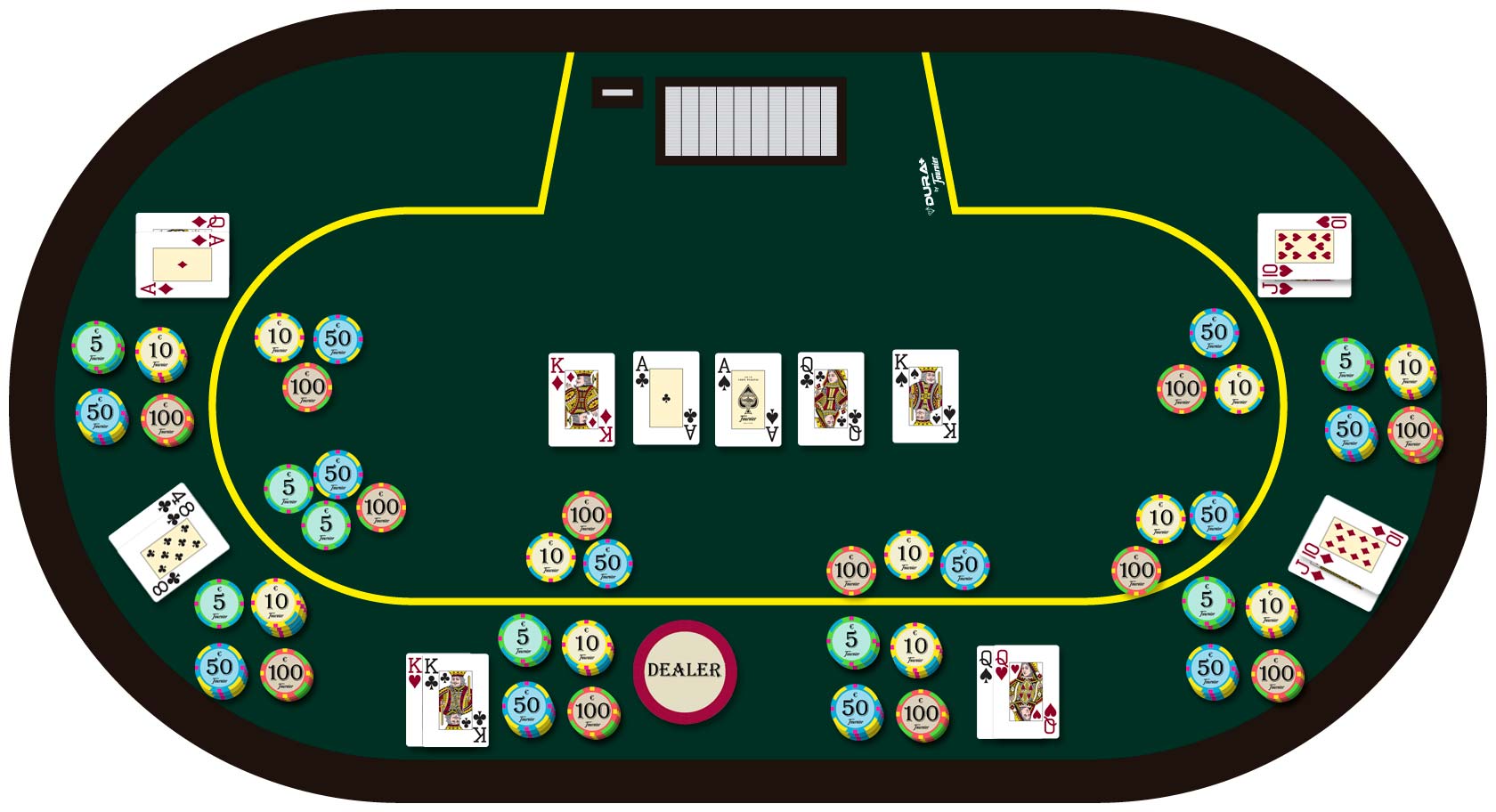